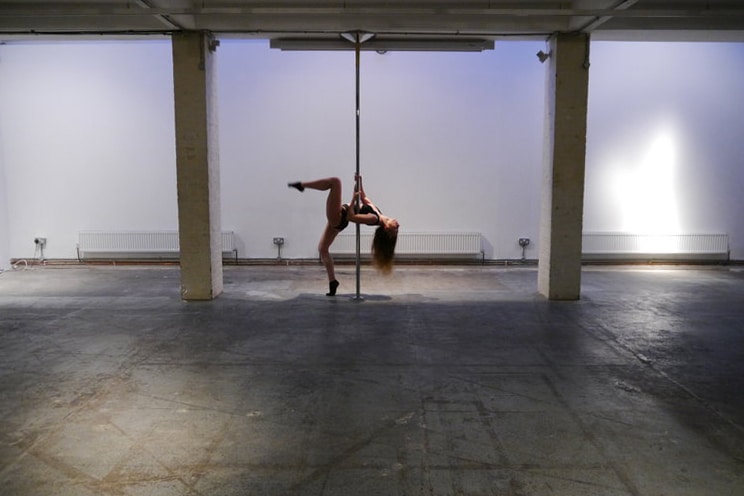 You may not know this but as well as being our Studio Assistant, Cairo Clarke is also a freelance curator. Cairo recently curated a week of performance and installation at Guest Projects art space.

Guest Projects is an artists residency space run by Yinka Shonibare MBE. Yinka is a British-Nigerian artist who’s work explores post-colonialism and cultural identity. Guest Projects allows artists and curators to submit proposals to use the space and take up residency as part of their yearly programme, supporting the work and emergence of artists in London who are troubled with finding affordable and better yet, free spaces to share their work.

‘Touch Sensitive’ was a week long art series inviting six female artists to explore representations of the female body through the sense of touch. Each day or night a different artist took over the space to share the newly commissioned work developed in collaboration with curator Cairo Clarke.

The series began with Act 1, a performance devised by Hannah Perry. Inspired by her recent arts residency in Las Vegas, Hannah wanted to explore hyper sexualisation of female bodies. Teaming up with dancer Vee Slinky, the performance combined a monologue written and produced by Hannah over the top of Vee’s performance.

The Harlot’s Progress by Harriet Middleton-Baker was a proposal for an opera in the form of a one day exhibition. Harriet reconstructed Hogarth’s cautionary tale in the form of an opera set in Hackney Wick, taking on a sci-fi theme where women come together in a futuristic revision where a woman’s sexuality is not to her detriment. The exhibition was split into parts including stage plans, moving image, set design and research posters. In one image we see the strange coincidence that Hackney Wick is shaped like a uterus.

Suzannah Pettigrew took over the space the following day with The Difference Between (a mirage and realness). Part performance, part video installation, the work explored relationships between our IRL and digital lives and the phasing patterns between them. Performed by dance artist Simon Donnellon, with a soundscape produced by CKtrl, the multilayered performance played with the tension between real/digital and constructions of identity.

On Friday night, Lotte Andersen created the perfect start to the weekend with Dance Therapy a workshop come dance party where the public became the performers and were captured letting loose in a series of dance portraits. Lotte wanted to capture honest uncensored bodily movement. The final images will be used in an upcoming exhibition curated by Drawing a Blank.

Performance artist Diana Chire shared Hair Manifesto, a body of work exploring the artists relationship with her black identity. A selection of three works invited you into to a personal and shared portrait about growing up as a woman of colour. One of the works Pillow Talk had the artists hair woven into the statements on pillow cases. Her hair which had previously been shaved off in a performance back in 2016. In the evening Diana played a pre recorded audio piece to an audience. Dark Matters was a conversation recorded in the space with 5 women of colour about their different experiences growing up and their relationship with their hair.

The final part of the series was a day of film screenings as selected by Girls in Film. Embrace was a series of screenings looped throughout the day that considered the fame body from a nonsexual perspective. Nikola and Cairo worked together to create a soft space to watch the films which made people consider personal and private space on screen and in real life.

For those who didn’t get a chance to visit the live space, http:// www.touchsensitive.space has launched as a digital archive/database for the different works to be explored further and seen in relation to one another. On the website you will find images of the performances, press releases, as well as imagery and video that inspired the development of the work.

You can read an review of the show at http://www.arteviste.com/arteviste/2017/4/2/a-review-of-touch-sensitive-at-guest-projects-london